Viper – I spotted this fine specimen, one of the 3 British species, crossing a coastal path. The snake, which grows to about 30 inches (76cm) long, is common throughout mainland Britain. Their red mouths look scary, and they are our only venomous snakes, but they are not aggressive – unless provoked and bite only as a last resort. The antidote is readily available and there are very few viper bite deaths – mostly it is dogs that get bitten – about 100 per annum, although the last death in the UK was in 1975, (a five-year-old boy in Scotland). There have been just 14 deaths from adder bites since 1860, and there was only 1 in the last 40 years in England and Wales, but to put this in perspective, there have been over 100 deaths from bee or wasp stings in the same period. Up to 100 adder bites are reported in the UK each year, with most between February and October.

According to NHS advice, adder bite symptoms include swelling, vomiting, nausea and dizziness and, in most cases, no treatment is required, but severe bites are treated with anti-venom medication and observations kept for potential anaphylactic reaction. .
Children usually make a full recovery within three weeks but adults usually require more than three weeks to recover fully – occasionally up to nine months. 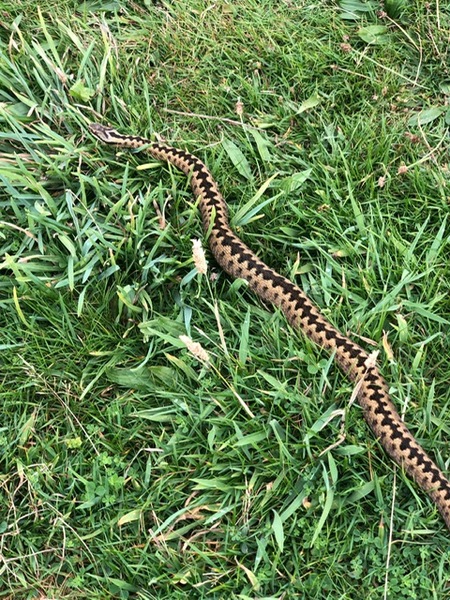