Take a look at what we do

The 300 individual plots contain a series of open space fingers and nodes that include a County Wildlife Site, designated for the rare lowland, rabbit-grazed, lichen heathland. Much of this was lost to bracken encroachment, needing intervention to restore this lowland heath. This constraint and opportunity ensured the need for a comprehensive Construction Landscape and Ecology Management Plan (CLEMP), to set out the sequence of safeguarding habitat, existing trees, species protection, translocation, habitat restoration, drainage swale formation and landscape works.

The dilapidated lowland heath was successfully restored by bracken control. The landscape designs for the open space areas included creating areas of further heathland and brash for the encouragement of grazing rabbit populations, (important for the heathland). The landscape design included new play areas, and a state-of-the-art sound attenuation bund which had to defy normal ‘engineered’ straight line battered embankments. It undulated in height and width as a natural landform, with the fence increasing and decreasing in height in the low points, with clusters of vegetation.

The landscape architect’s role involved RIBA stages 2-7, including early design drawings in colour for planning, explaining the concept, and one that was radically different from the average housing scheme. The drawings were developed to working drawing stage to release landscape conditions on the planning approval, and these were amended by iteration through stage 5, as drainage, lighting and service runs were finalised. Stage 6/7 included site-monitoring, responding to RFIs and contractor site meetings, snagging and sign-off. This site role was greater than most housebuilding situations due to the abnormal level of the ecological sensitivities and the special bund.

This was an abnormal site for Taylor Wimpey, with a difficult planning context, infrastructure and logistical problems. The landscape, ecology and sound attenuation issues required considerable consultant involvement throughout the process to prevent breaches of wildlife legislation and habitat damage. What they did not realise then, and are only just now realising, is that what was for them a problem site, foretold a new biodiversity-led approach to landscape design that saved them considerable sums of money for a better, more biodiverse and sustainable landscape.

This is a major house building site that heralds the future approach to creating sustainable, highly biodiverse, low maintenance, user-friendly and attractive landscapes that act as giant insect reservoirs, managed without the nicotinoid pesticides of agricultural areas.

The fact that wild areas exist between housing terraces, without complaint, is a massive victory. The value of the natural environment is well explained on sign boards erected to encourage residents to look for the special and more common species the site heralds and harbours. The real trick to the acceptance of unkempt wild areas so close to front doors, was the introduction of a close mown margin around the wild area, like a frame around a picture. This innovation sold introducing nature into the heart of development and is a detail of enormous importance to the success of this scheme. 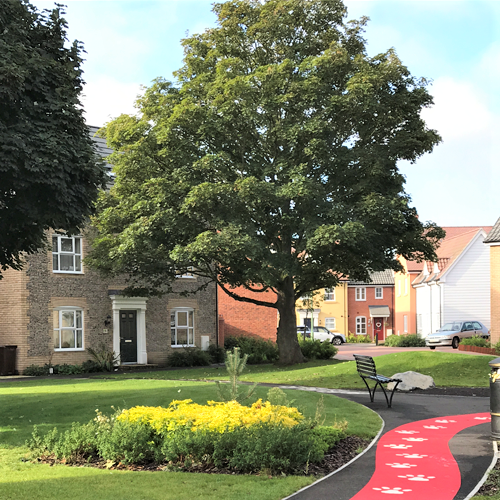 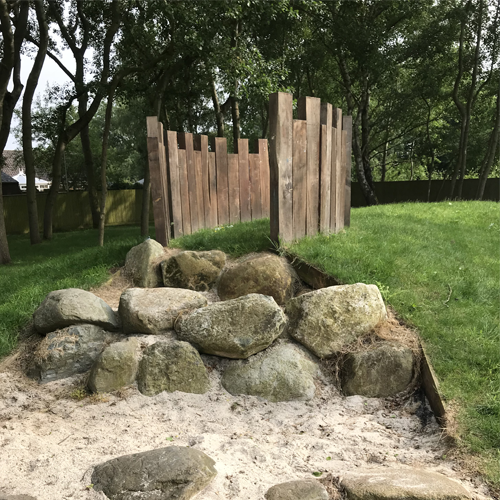 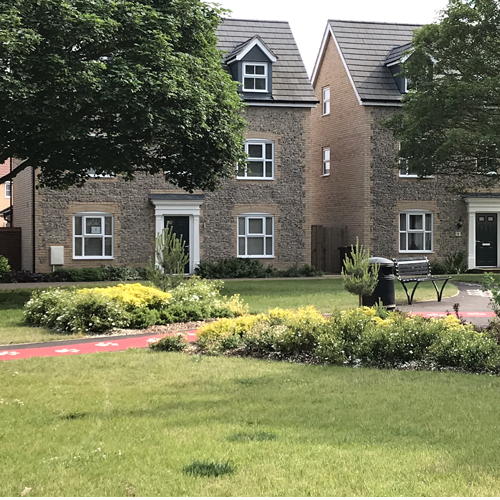 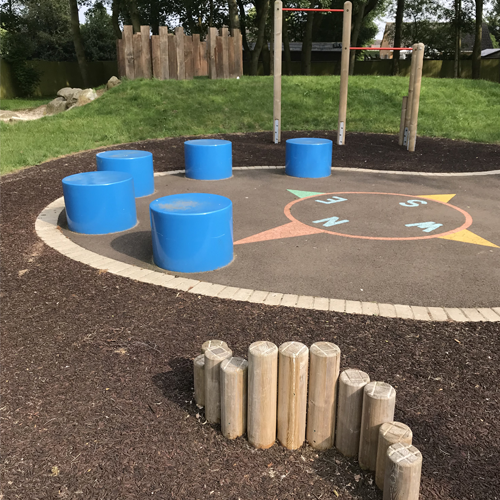 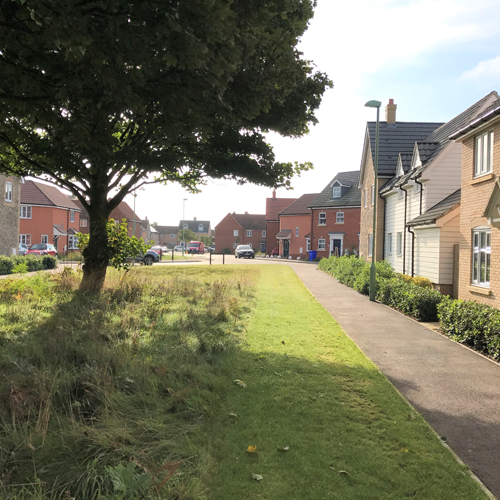 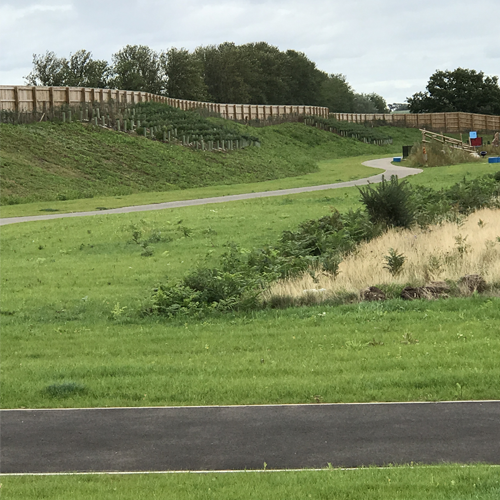